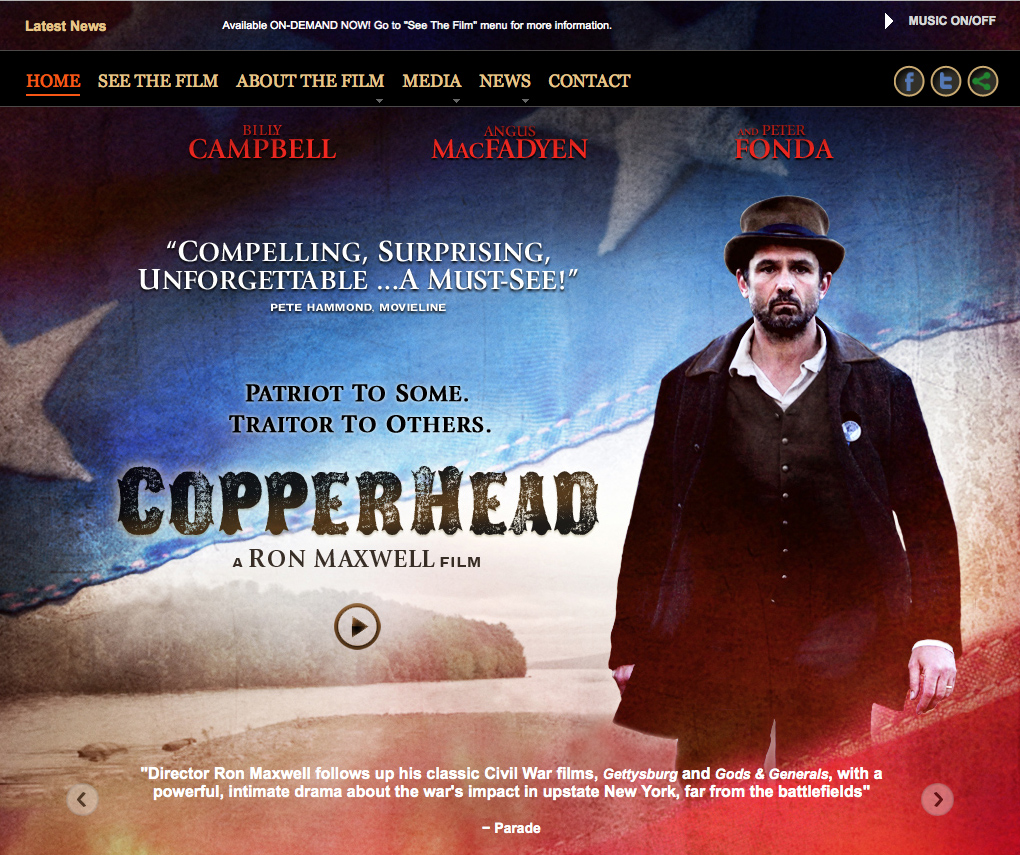 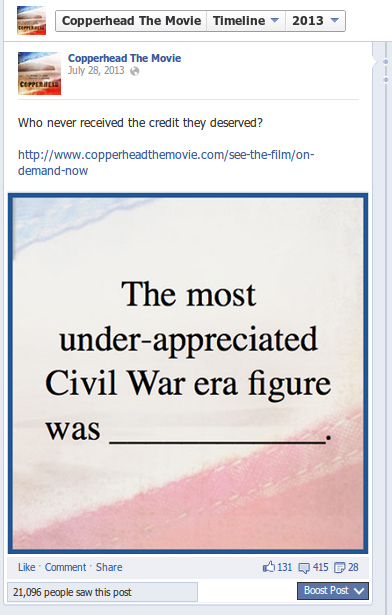 Facebook was successfully used to build audience and engagement around Copperhead, directed by Ron Maxwell (Gods and Generals, Gettysburg).  In addition to the creation of informational posts about the film, and screening options, high levels of engagement were reached through the creation of posts that tapped into our target audience’s deep interest in the U.S. Civil War. Posts that asked questions like If you could have a drink with anyone involved in the Civil War, who would it be, and what would you drink? led to long and productive conversations, and boosted the page’s organic reach. Civil War-related memes were also created, and several were shared hundreds of times, and led to sharp increases in page likes, comments, shares, and post likes.

Facebook ads were successfully used to increase overall reach and engagement, and to drive our audience to watch the film on-demand. Target audiences included people with an interest in Ron Maxwell’s previous films, as well as those with an interest in the U.S. Civil War. 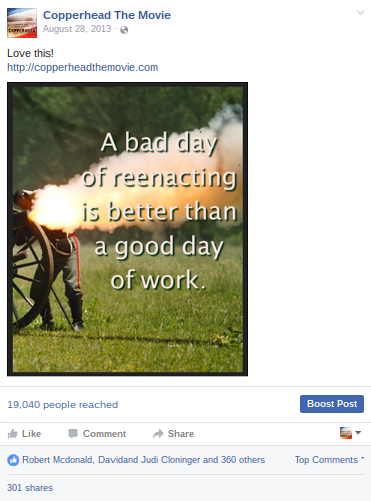